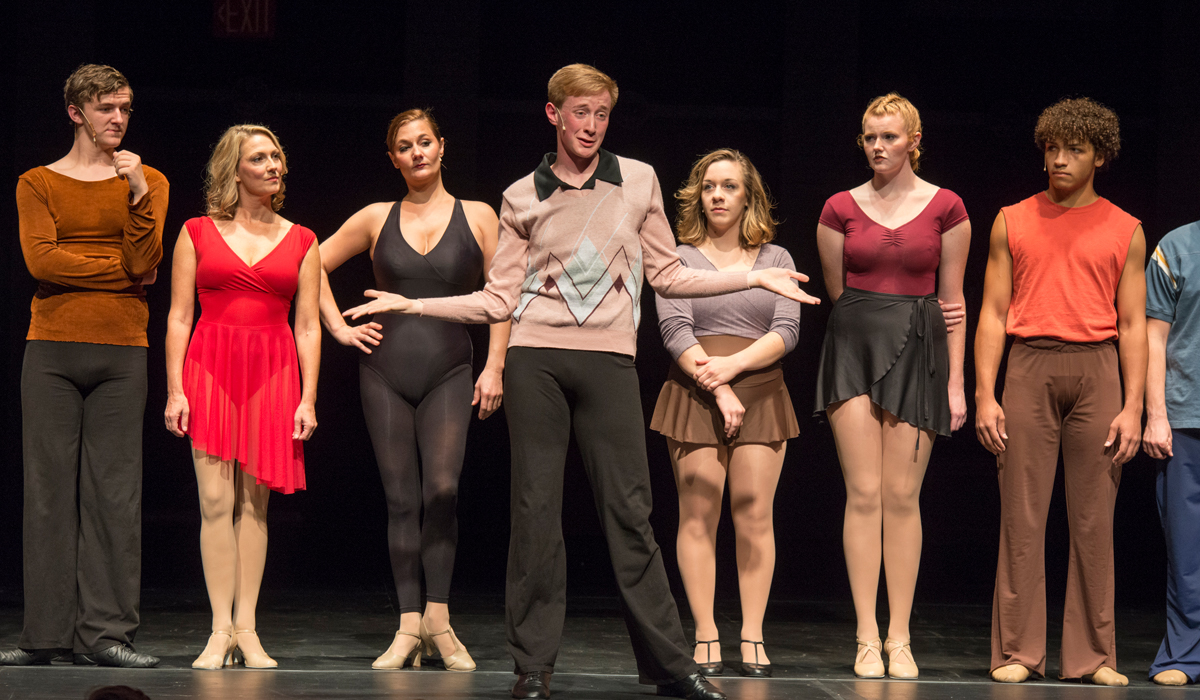 Anyone who ever wanted to act, from an individual with no experience to the most seasoned actor, is welcome on our stage.

Did you know 50% of the actors who appear on our stages every year are making their Playhouse debut? Beginning with auditions and ending with the final curtain call, staff and support volunteers are there to help. Many novices are concerned about learning all the lines or being nervous on stage. This shouldn’t stop anyone! During the many weeks of rehearsal your role and character will become second nature.

Anyone can sign up for an audition by clicking the Sign Up for an Audition link within each show’s details. The link will take you to Casting Manager where you can create a profile, fill in your information, submit your conflicts, and sign up for an audition time. You are also welcome to fill out the Casting Manager form at The Playhouse at auditions. Our audition crew will help you. (You will have an earlier audition time and a shorter wait if you sign up online in advance, and we strongly encourage this.) If you need assistance with an online form for any reason, please contact Katy Merriman, artistic director, at 515.974.5354.

Those auditioning for musicals (*) must bring a prepared solo. An accompanist will be provided, as well as the ability to play an accompaniment track from an iPhone or similar device.

All auditions are open to the public.

The Playhouse will be adjusting its 2020-21 season from what was originally announced. Changes will be announced as soon as possible. Titles and dates are subject to change as necessitated.

When are auditions? How many people do you need? What ages?
Our audition schedule is available online and printed brochures are available in our lobby information racks. Ages for boys and girls are indicated, with the youngest being 8 years old. Roles for men and women are available to actors ages 16 and up for most shows. Where race, ethnicity, gender, age, or other personal differentiations are not demanded by the needs of the script, The Playhouse casts its shows without regard to these attributes.

I’m not exactly in the age range you list on the audition notice. May I try out anyway?
The age listed is the age of the character, not the actor playing the character. Anyone who comes to auditions may try out. You may end up changing the director’s mind!

How long do auditions take?
The length of the audition process depends on the number of people auditioning. It can take 1-3 hours for the initial round of auditions to be completed.

I can’t make the scheduled audition. Can I set up a time?
Yes, you may call Robin Spahr, 515.974.5365, to arrange another time, prior to the scheduled auditions. Keep in mind that if you cannot come to callbacks it may put you at a disadvantage. It is best to come to scheduled auditions if you can, but we will work to accommodate actors who call for an alternate date. You may also submit a video audition through Casting Manager if you are unable to attend any audition or callback date.

Are roles pre-cast?
No.

I have no previous experience. Can I still audition?
Absolutely! We welcome new actors and will walk you through the process.

What will happen at auditions?
First you will check in at the registration table. If you have completed your Casting Manager profile, you will get a number and confirm your conflicts with our audition crew. Conflicts during performances cannot be accommodated and any conflict submitted after the cast list is posted will not be excused. Some auditions will have sides (excerpts from the script that you will be asked to read) available for you to look over while you wait to begin auditions. The next step will be to audition for the director by singing 32 measures of the song of your choice if auditioning for a musical or doing a short reading, chosen by the director, for a non-musical. In both instances the director is assessing if you can be heard, if you have a strong stage presence, and if you can move in character. The director is not looking for your mistakes! The director wants to see what you do well and get a sense of how you perform.

What should I wear?
Wear comfortable clothing that allows you to move without being inhibited. It is common practice to “dress up” for auditions. This could mean a nice pair of pants with a dress shirt, a skirt or dress, or whatever you consider a bit more formal than casual day wear. Please wear closed-toe shoes; no sandals or flip-flops. You may also want to bring dance clothes and shoes if you are auditioning for a musical. You will be given time to change into those clothes.

How should I prepare?
For musicals, auditionees will need to sing a prepared song. Most directors prefer that it not be from the show for which you are auditioning. The Playhouse provides an accompanist and a way to play an accompaniment from an iPhone or similar device. There will also be a dance audition either on the first night or during the callback. The choreographer will teach everyone a brief segment from the show and then assess people in small groups. For non-musicals, those auditioning will be asked to read a selection from the script. The Playhouse does not ask for prepared monologues.

Is it okay if I sing a cappella (without accompaniment) for my audition?
We strongly recommend that everyone use accompaniment, either our pianist or a pre-recorded accompaniment.

What if I don’t have much experience dancing?
Learn with the others and then present with confidence what you’ve picked up. Remember that it is part of the rehearsal process to teach you what you need to know. We’re looking for people who are interested in learning as well as those who already have experience.

I don’t think I can sing. Are there any roles for me in a musical?
Sometimes there are non-singing roles in a musical. Those roles are usually identified in the audition notices. If you have misgivings about auditioning, you can come and watch auditions at any time.

When will I know who is cast?
Callbacks are usually held on Tuesday and Wednesday following the audition. Not all auditionees will be asked to callbacks as some parts may be cast from the initial audition. The stage manager typically calls all of those who have been cast to ensure their acceptance of the role offered. Cast lists are posted on The Playhouse website typically the Friday following auditions.

What is a callback?
A callback is held following the initial round of auditions. This is a chance for the directing team to narrow down the number of actors they are considering for individual roles.

If I am cast in a show, what time commitment is required?
Rehearsals are typically 3 hours, 4-7 days a week, for 6-8 weeks prior to the show opening. Shows run 3-4 weeks.

How many rehearsal conflicts can I have?
It varies. We try to accommodate a reasonable number of conflicts, but excessive conflicts can be a factor in the casting process. Conflicts are not allowed for dress rehearsals and performances.

My child was cast in a show. Can I watch rehearsals?
Just as with classes, part of our process is to teach independence and to foster that skill. We prefer that children attend rehearsals on their own.

I was not cast. Can I get feedback from the director to find out why?
Due to time constraints, directors are unable to provide feedback. We always recommend that you come back for the next audition.

What should I tell my child if they are not cast?
It is always difficult to see your child disappointed. The best tact is to listen and to encourage your child to try again. Even if there wasn’t a part right for them in this play, there are many more shows and they may be just right for something in the future.

How can I get involved if I’m not chosen for a role?
Each show uses nearly 100 volunteers backstage (set construction, costumes, lights, sound, etc.) and guest services (usher, etc.). Information on volunteering backstage is available online or by contacting Taylor Millar, volunteer coordinator, 515.954-7685.