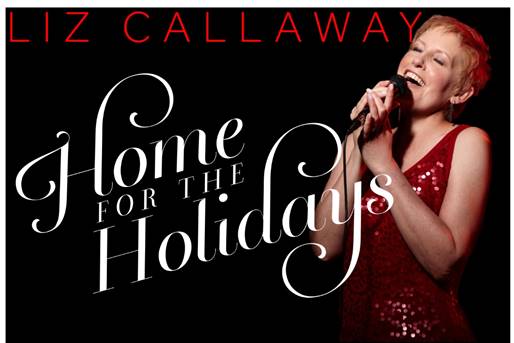 Liz Callaway in Concert: Home for the Holidays

Tony nominee and Emmy winner Liz Callaway will perform a mix of holiday favorites and beloved Broadway showtunes, share stories about the holidays and her career, and offer a preview of music from her upcoming holiday album, Comfort and Joy. The stream will also include a special behind-the-scenes interview with the artist and a post-show Q&A following the premiere of the concert on Friday, December 11. The stream will be available for viewing until Jan. 4. Your ticket purchase will allow you to enjoy the concert for up to 24 hours after you begin watching.

Video-on-Demand extended to Jan. 4, 2021! Missed the livestream? You can still purchase the concert, which is available for viewing. When you purchase the concert here, you not only receive a discount off the public price, but The Playhouse also receives a portion of the proceeds.

Ms. Callaway made her Broadway debut in Stephen Sondheim’s Merrily We Roll Along, received a Tony Award nomination for her performance in Baby, and for five years, won acclaim as Grizabella in Cats. She also starred in the original casts of Miss Saigon, The Three Musketeers, and The Look of Love. Other New York appearances include the legendary Follies in Concert at Lincoln Center, A Stephen Sondheim Evening, Fiorello (Encores) and Hair in Concert. Regional and international credits include Dot in Sunday in the Park with George, Eva Peron in Evita, Norma Desmond in Sunset Boulevard, the European premiere of Sondheim on Sondheim at London’s Royal Festival Hall, and most recently, starred in the one-person play “Every Brilliant Thing.”

Wondering how to view this livestream? The promoter has some great guidelines. Click here to read them.

Liz Callaway and Ann Hampton Callaway on Stars in the House, Dec. 8, 2020